We are almost in the last week of January and I’ve been receiving emails asking for a special recipe for the coming Valentine’s Day. Well, I can’t think of a better Valentine treat than cupcakes with a fluffy frosting. Since I think the color red is like the symbol of this special day, so I wanted to be a bit brave this time to try red velvet cupcakes! 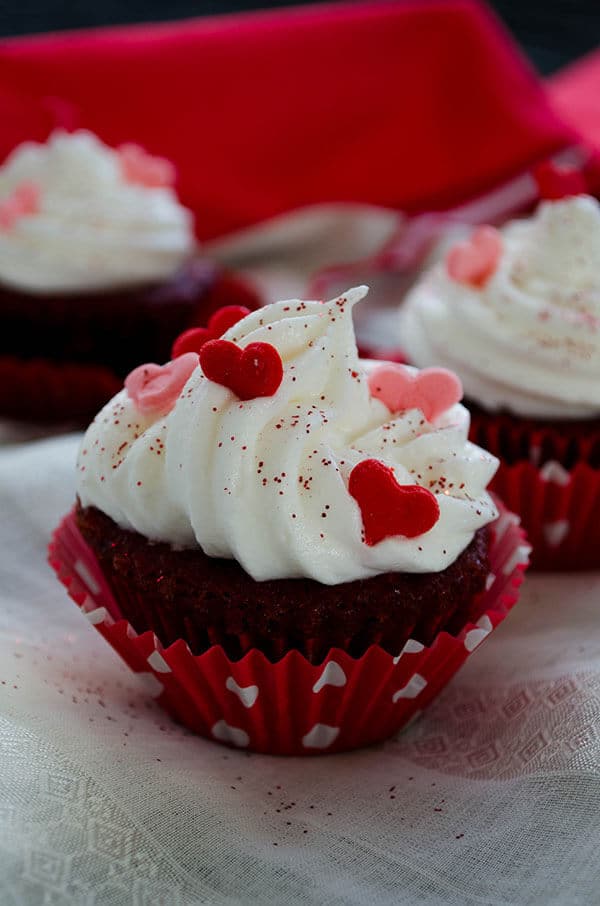 The first time I used food dye in a recipe was when I made these colorful button cookies, and these red velvet cupcakes made the second time. I’m not in favor of using food dye much, but there might be exceptions for such special occasions, right? I’m planning to try this All Natural Red Velvet Cupcakes by Sophistimom some time later to see how it works. I really wonder if beet puree can make the cake as red as the food dye. I’ll definitely share my experience with you once I try it. 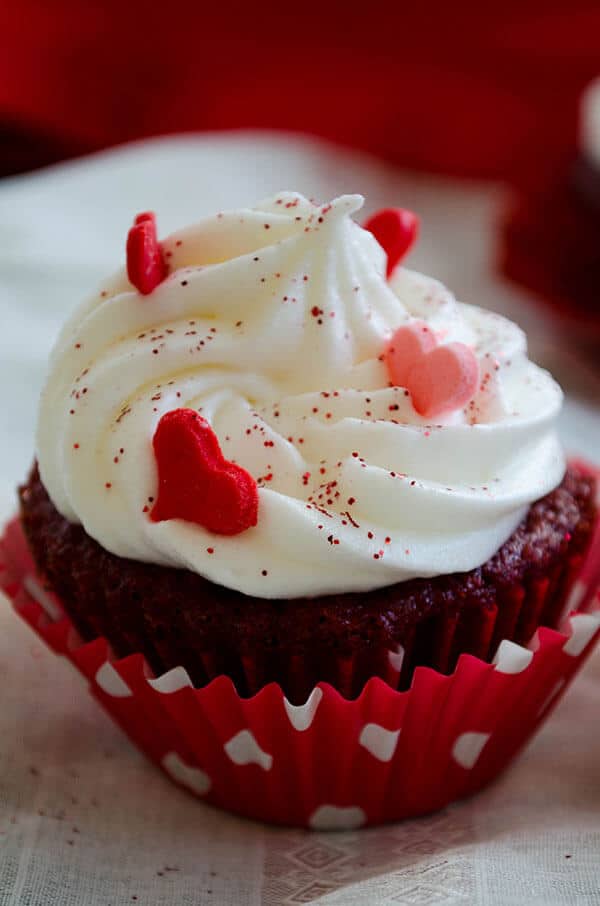 I took the recipe from a Turkish food magazine and I was a bit puzzled when I read the instructions saying I need to squeeze lemon in milk. What? Lemon and milk together? I could no way trust such a recipe! I decided to search a good one in several English blogs and saw that most of them are calling for buttermilk. I skipped many recipes just because they have buttermilk in the ingredients list since we don’t have anything with that name in Turkish supermarkets. Then I realized that I can make it myself when I saw a footnote in the Red Velvet Cupcakes recipe by simplyrecipes. It says that I can mix white vinegar with milk to make my own buttermilk and I got it! Lemon juice has the same function as vinegar and the first recipe I saw on the magazine was just describing homemade buttermilk by mixing lemon juice and milk. I finally and fortunately turned back to that first recipe I found in the magazine and it came out just amazing!

My red velvet cupcakes turned out wonderfully red and fluffy. I guess my homemade buttermilk had a role in making the cake that fluffy. They taste like chocolate cupcakes due to the cocoa powder inside.

If you are planning to make the day special for your beloved one, go with these romantic red velvet cupcakes! 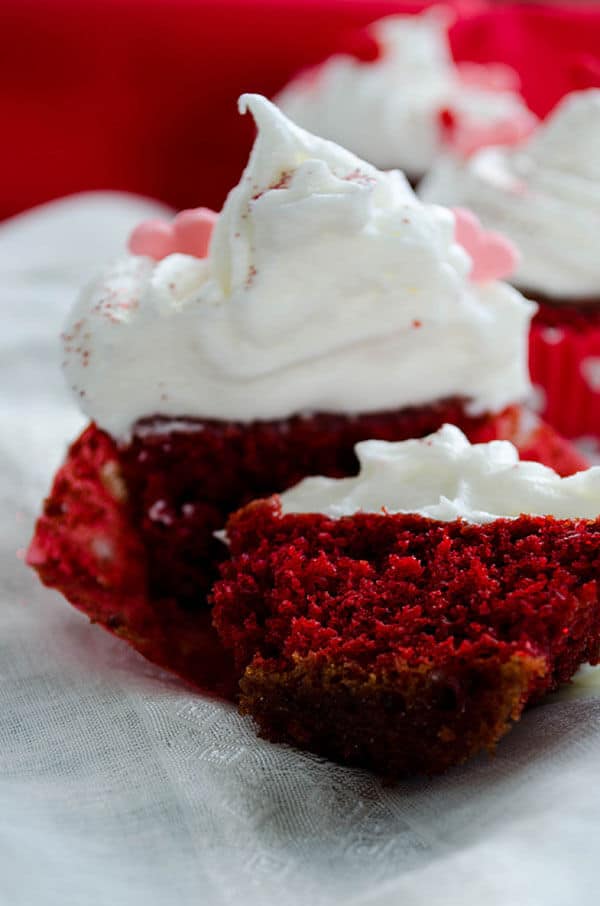 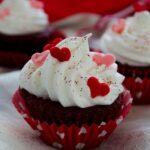