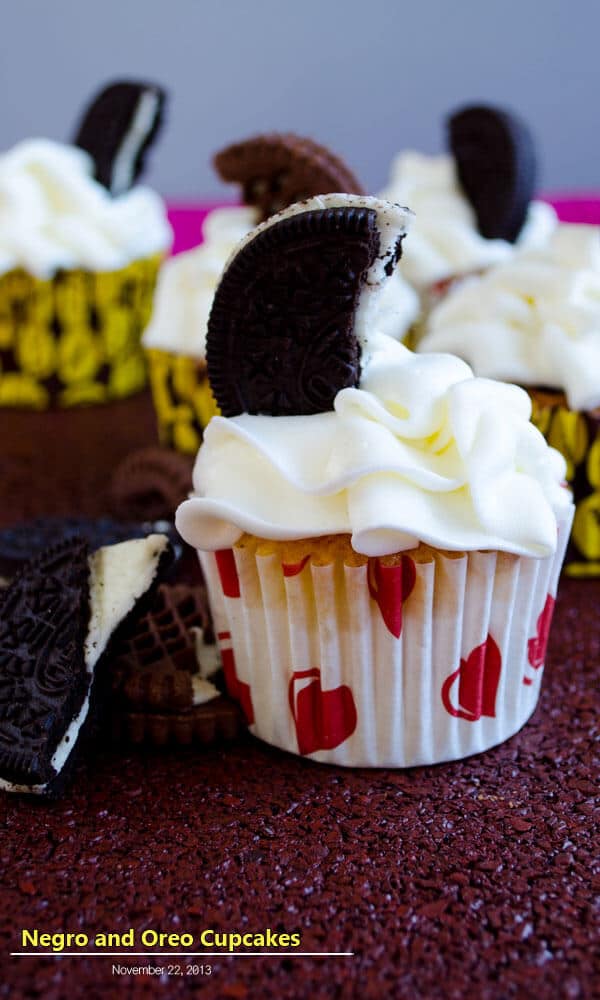 These Negro and Oreo Cupcakes are the result of our curiosity and they were quite successful! We were amazed when we saw a pile of oreo packages at the market. We’ve seen many recipes with oreo in English blogs and we were so curious about it. They were in front of us waiting for a try! We have a similar type of cocoa biscuits filled with cream called Negro, and oreo looked so much like it. Anyway, we bought a package from each to see if they have any differences. Go on reading if you wonder oreo could have a substitution!

I’ve always admired oreo cupcakes I saw around the web, so I thought my first experiment with negro and oreo biscuits had to be with cupcakes. I don’t know if classic oreo cupcakes contain oreo pieces inside the batter, but I added some to double the joy! 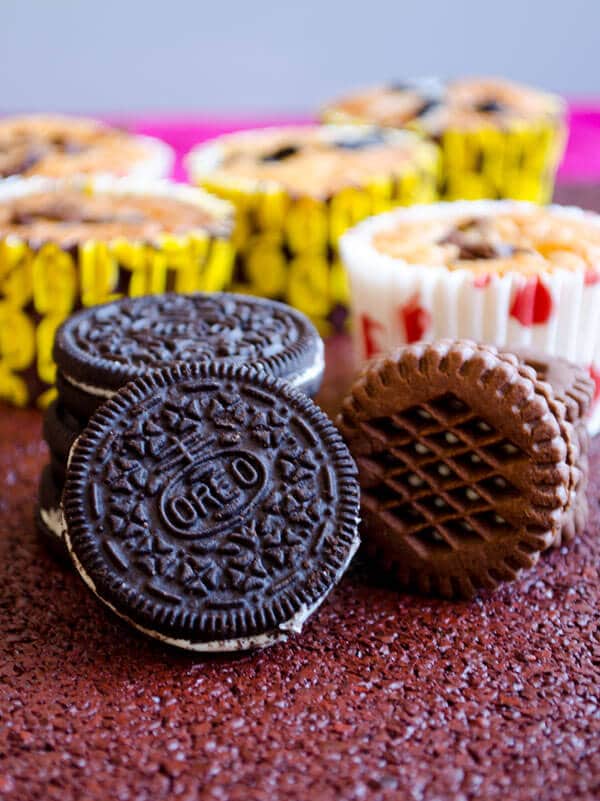 So what kind of a biscuit is Turkish negro and how similar is it to oreo? The main difference between them is, as you can see in the pictures, is their color. Oreo is a lot darker than negro, it is almost black while negro is dark brown. I guess it’s because the amount of cocoa powder they contain, which effects their taste as well. The flavor of cocoa in oreo absolutely stands out more! Another difference could be the thickness of biscuits; negro is apparently thicker than oreo, and this makes the texture a bit softer while oreo is thinner and crispier. Finally, oreo has a generous amount of cream filling when compared to the filling in negro.

Although they look alike, negro and oreo have these differences. It’s hard to say which one is better though, maybe neither of these biscuits is superior to the other. It depends on your taste. If you love biscuits with a lighter flavor of cocoa and less filling inside, your choice would be negro. You would choose oreo if you like crispy biscuits with a more cocoa flavor and more filling inside. Personally, I prefer oreo since I love its thin layers more, so I’d love to thank oreo for coming to Turkey at last!

Negro and Oreo Cupcakes are not only topped with whipped cream and biscuits, but they also contain biscuit pieces inside the batter. I wasn’t sure how many I could add into the batter, so I crumbled just 10. I will use more than this next time!

I used both negro and oreo in these cupcakes, but I’m going to use the name oreo in the recipe to avoid any confusion. 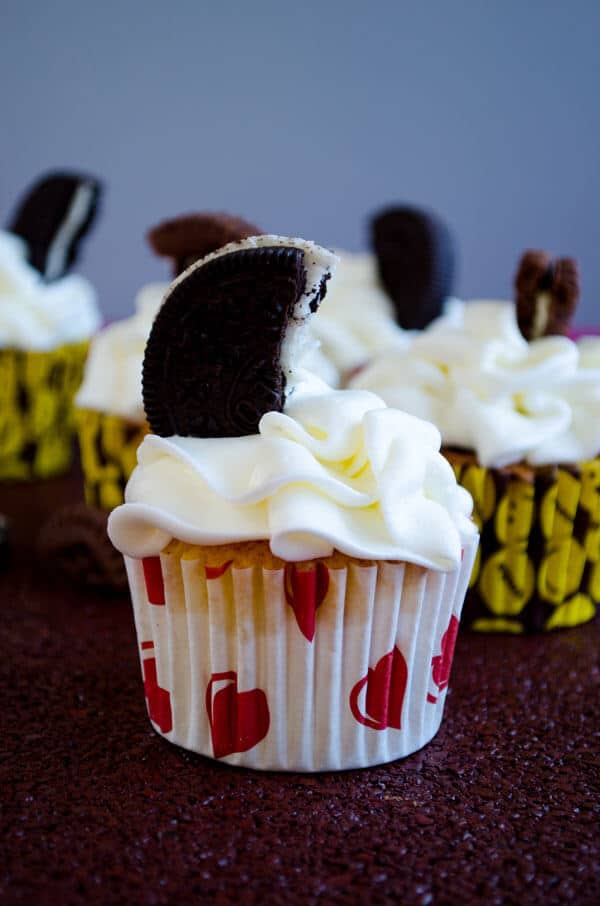 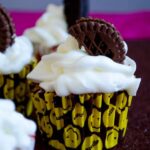