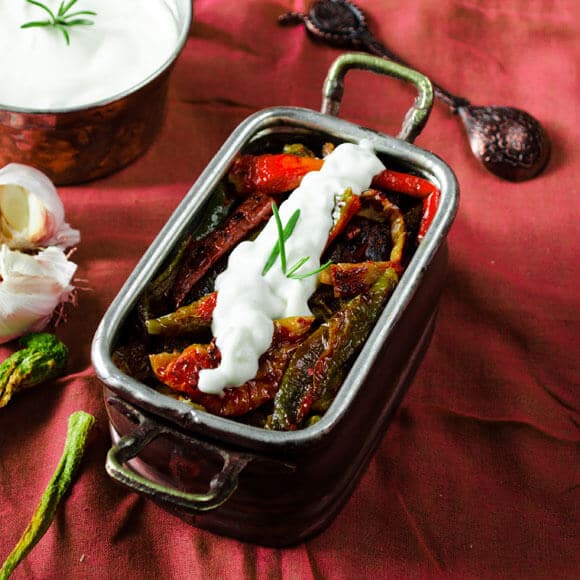 Do you feel the tempting smell of these dried chili peppers? I don’t know why but I have a special love for dried fruit or vegetables. When dried under sun, I think their flavor and scent become more outstanding; that might be the reason. I love stuffed bell peppers, but I do love stuffed dried bell peppers much more! The same for eggplant. It might be common around the world to dry peppers, eggplants and tomatoes, but have you tried dried green beans, zucchini or okra? These veggies are also dried in some regions of our country. Also, the kind of vegetable might change in different regions. The most common ones which can easily be found in almost all spice shops are eggplant, tomatoes, bell peppers or red hot chili peppers.

It was still another surprise for me when I saw dried sweet chili peppers in a spice shop in Diyarbakir. In my previous post about menengic coffee, I mentioned a shopping arcade there that mesmerized me, remember? I found these peppers in the same place and I bought a big bag of them as I knew what to cook with these. I learnt a recipe for dried chili peppers from a friend years ago when I was at college. There was a friend from the eastern part of Turkey and she used to bring dried chilies from her hometown and make this easy but scrumptious dish. We wouldn’t need any other dishes when she made these, we would just dig in!

Dried veggies in spice shops here are sold on a string, but the peppers in Diyarbakır are just in a sack. It is one of the hottest cities here, so maybe it’s easier to dry vegetables there, and they may not need to string them.

Anyway, when I came back home with a big bag of dried chili peppers, Yusuf was a bit perplexed as he thought they were hot and even asked me if I was planning to sell some of these to spice shops in our city! No way! I was sure that he would love it, so I made the dish I learnt from my college friend the other day. It was great to watch how he enjoyed these fried dried chili peppers! He told me he was glad that I had bought enough! 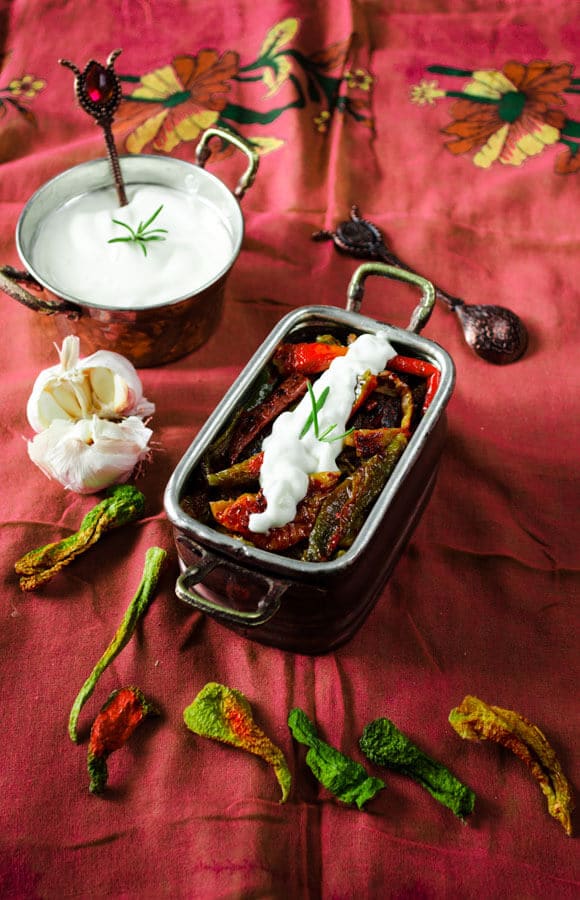 If you ever happen to see dried sweet chili peppers, buy a full bag of them! This can be served as a side dish to accompany meat or chicken. Also, you can serve it as a mezze. Let me share a secret with you, it tastes even more tasty when waited a day.