Love snacking on something when watching your favorite game? Wouldn’t it be great if you don’t gain weight when doing it? These Cinnamon Sugar Apple Chips are exactly made for this purpose. These chips are so innocent that you can eat as many as you like. These are much healthier than pop corn or french fries, so fill your bowl with these and enjoy your game with a healthier snack this time! I do love sun-dried apple chips too, but these are faster as they are baked in oven. 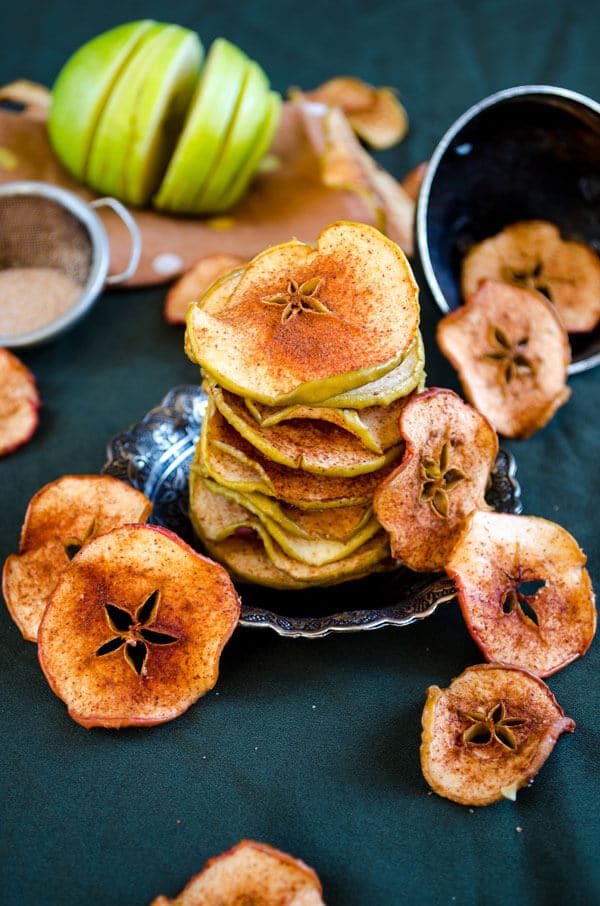 Making apple chips is something I had been planning for a long time. I don’t know why, but I just didn’t have time for it until yesterday. I guess I had subconsciously underestimated it since it’s so so simple to make these! I understood yesterday that I was totally wrong! These apple chips are so darn good! They can even be addictive depending on how much you love the combo of cinnamon and apple. How I regret now not trying these long ago!

I knew it was the right time to make these chips yesterday when I saw a basket full of apples in our kitchen that mom bought from bazaar. You don’t need many ingredients or sophisticated baking methods or cooking skills to make apple chips. Apples, cinnamon and sugar are enough to make a healthy and tasty snack for your guests. I used two types of apples, green and red. I don’t know their special names, but these are sweet and crispy.

I sliced the apples with a sharp knife, but it would have been better and easier if I had had a slicer.

I do love the star shape in the center of apple slices when cut into rings! Don’t they look so cute this way? You can core the apples if you don’t want to have seeds on your chips.

The apples I used were already sweet, but I wanted to add a little more sweetness with a cinnamon&sugar mixture. This mixture not only gives a great flavor and a very nice scent to the chips, but they also make a very nice texture on them.

A tip for making the apple chips is that you should bake them in oven at a low degree for more than 1 hour. If you behave impatient and bake at a degree higher than 100C, they will burn. 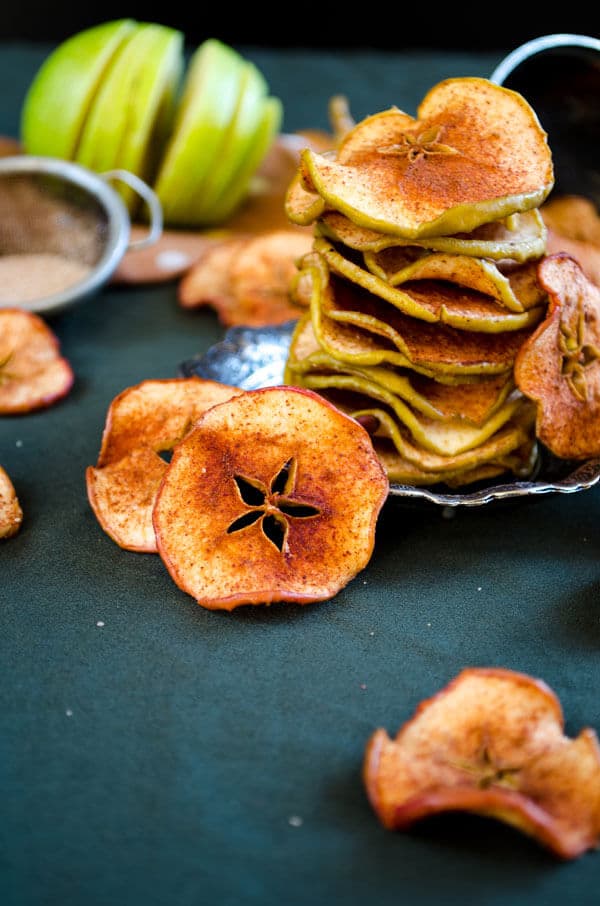