Okay, this is not something I made. And this will not be a post in which I give a recipe. It will be a kind of description post. As I am from Tarsus, a small town in Mersin, a Southern city of Turkey, it is a must for me to tell about this amazing sweet snack called cezerye in Turkish. Cezerye is a specialty sweet in Tarsus and Mersin. When people visit these cities, they buy pacakages of cezerye to take with them and give their friends. My parents live there and always bring a package for us whenever they visit us. 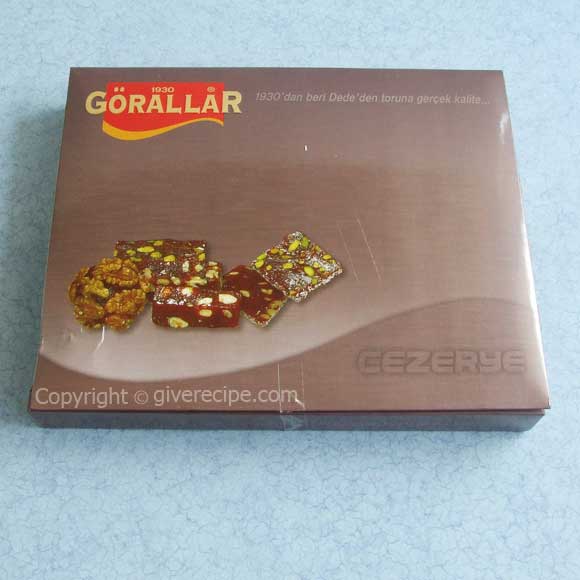 There are several shops in Tarsus that make and sell cezerye, but one of them named Gorallar is the best. It may sound a very simple carrot sweet, but there is absolutely a flavor difference among cezeryes produced by different shops. I’ve had the chance of tasting several different cezeryes and absolutely  found the one made by Gorallar the most scrumptious. Unfortunately, they don’t give the exact recipe, they keep it as a secret. When you ask for its recipe, they just say that they mix carrot, sugar, nuts and cinnamon. I’m sure it’s more than this though. 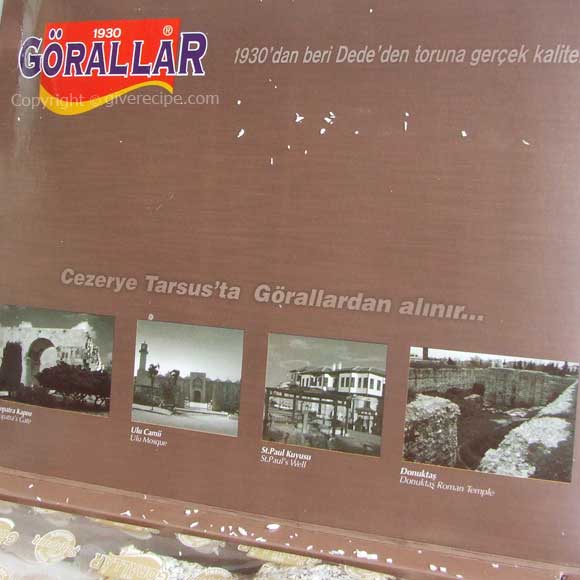 Another reason why I love especially this candy shop is that they have a very nice package. When you open its cover, you see some beautiful photos of important and touristic places in Tarsus. Let me give their names. From left to right: Cleopatra’s Gate, Grand Mosque, St. Paul’s Well, Donuktas The Roman Temple. Many tourists visit Tarsus to see these places every year. St. Paul’s church and well have the utmost attraction among these. I think it is such a nice detail to place these photos inside a sweet package. 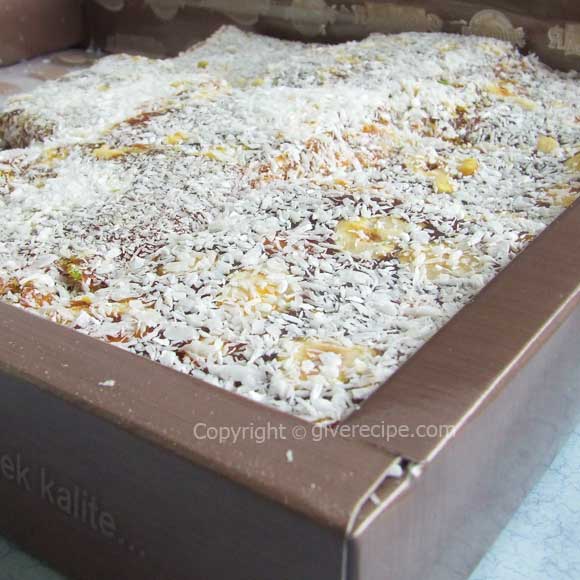 Moreover, Gorallar gives you a booklet informing you about the origin of cezerye. And you find more information about Tarsus history including St. Paul’s Well, St. Paul’s church, Celopatra’s Gate, Eshab-ı Kehf(Cave of the seven sleepers), Doctor Lokman, The Sahmeran Legend etc.

So what is cezerye? Let me quote it from this booklet:

Cezerye, which was according to the rumors recommended to patients by “Loqman The Wise”, who lived in Tarsus, has highly nutritious and aphrodisiac effect besides its healing effect. Cezerye, whose main ingredient is carrot, contains a number of minerals and vitamins A1, B1, B2 and E, consisting of its composition of dry nuts and spices. Also it contains no cholesterol. 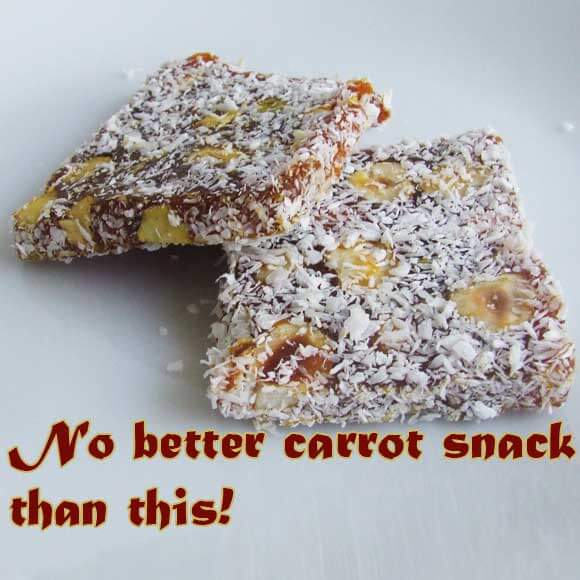 The booklet also says that cezer, the root of cezerye means carrot in Arabic. So it might have been invented by Arabic people as there is still an Arabic population in some regions of Tarsus. Although It’s not written in this booklet, I must say that the lusciousness of cezerye is hidden in spices in it. These spices are not said aloud, as it’s their secret, but dad says it contains cinnamon, ginger, turmeric, and clove. Maybe amounts of these spices determine the outstanding taste of their cezerye. Also, it has varieties with walnut, pistachio and hazelnut (my favorite). It is sold either in big pieces (as in my package) or in rectangular and thicker bars (as in the picture of the recipe I’ve found for you).

Cezerye is generally bought from shops and as I’ve said above, not every cezerye tastes the same. So it’s a bit risky o try it at home. This time ‘homemade foods are always better’ doesn’t work, so I’ve never tried it at home. We are lucky enough to buy them here. Maybe you can find it too at online markets selling Turkish foods. However, I searched a recipe for you and find one here in case you want to try it yourself. I will translate it for you. 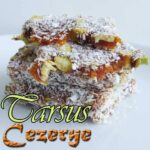 The best dessert made with carrot is this cezerye.